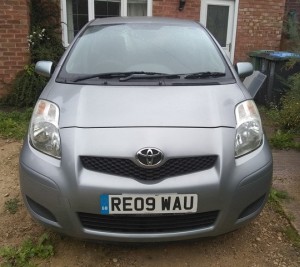 Checking the net for cheap Toyota car leasing special offers. We can assist you with all your Toyota leasing requirements. If you want a cheap Toyota car lease 1st4 can help. With our manufacturer contacts and leasing knowledge we will look at all avenues to get you a great deal. Send us your preferred requirements or call us today.
See a selection of our latest Toyota Leasing deals below.

The best Toyota Leasing deals are often obtained on the day.

Don't waste your time searching through numerous Toyota car Leasing websites, call our leasing experts today to get a great deal on your next Toyota

Toyota has been producing cars since 1936 and has evolved to become the second-largest multinational car manufacturer in the world.
As the world's first car manufacturer to build 10 million units per year and has done so since 2012. It is no wonder that Toyota is a great choice for both business and personal car leasing .
Toyota builds an extensive range of models and has been one of the first manufacturers to introduce hybrid electric vehicles.